This article is a stub. You can help Piano Tiles Wiki by expanding it.

Rondo A Capriccio Op. 129 is the 73rd stage of Piano Tiles 2. It is unlocked when the player reaches Level 25. With 1055 Tiles per round, it is the longest non purchasable song in the game (so far) and the 4th longest stage at all. This stage is notable for sudden double tiles.

It is also known as "Rage Over a Lost Penny, Vented in a Caprice". 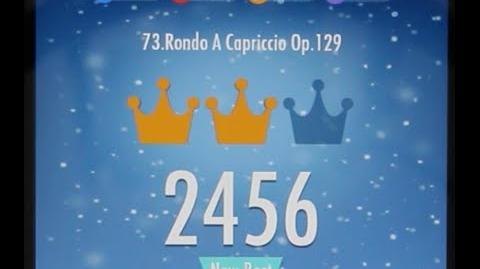