The Painter is the twelfth stage of Piano Tiles 2. It is unlocked when the player reaches Level 5.

Much information is unknown for this song. If you know the origin, feel free to edit!

The game plays through the entire piece three times, each with a slight variation. The theme starts at the middle register, the first variation transposes the melody an octave higher, while the second variation features fast repeated notes.

This is a short stage. However, with double tiles involved, it can be a moderate challenge.

After two stars, the "hopscotch pattern", which is a chained 1-row figure of double tiles, will appear. It is vital to remember that all rows with the double tiles would appear at the same columns. 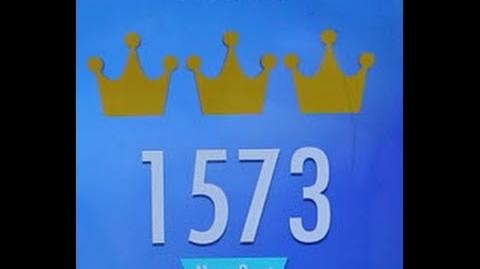